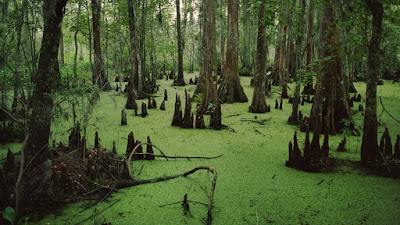 Our country is a shitshow on steroids right now.

Led by a former reality-tv-star who claims he was cheated, the same former reality-tv-star said the same thing four years ago when it looked as though he was going to lose. I need not be hoodwinked twice by a man who has had a lifetime of hoodwink dealings. That Donald wants to continue to govern the tragedy of present-day America is foolhardiness. The story of Donald and America will not have a happy ending.

The man who told us he would show us his taxes told us there would be 15 coronavirus cases and then it would disappear. He told us to drink bleach and he told the proud boys to stand by. One day Mike Pompeo tells us Russia hacked the United States, the next day Donald says it was China and the next day Donald discusses implementing martial law with Michael Flynn - a man found guilty of lying to the FBI.

Fox tells his followers that this is ok.

A pandemic sweeps the land, businesses are closing, gross domestic product is falling, school children stay home and people protest in the streets. Meanwhile smoke, mirrors and too many fake dollars flooding into the economy has the stock and real estate markets at all-time highs. The story of the central bank printing currency and impoverishing the country’s citizenry also does not have a happy ending.

Still, the former reality-tv-star tries to hang on to power.

The reds have their followers believing Donald was making America great again … even though he has indebted the country at the fastest pace ever (and that was before Covid). The reds tell their followers that the democrats are socialists - and that socialism is one degree shy of communism - though most of these people cannot define either term. These same people misguidedly believe capitalism should be revered. Capitalism as our Founders envisioned it was that we could all go into business for ourselves, and flourish. Capitalism now exists for the sole benefit of the corporatocracy, aided and abetted by the kakistocracy.

Neither will the corporate-owned swamp of Congress be riding to our rescue. Our representatives no longer represent 99% of us; instead they criminally neglect us. Has Mitch McConnell committed treason by giving himself free health insurance for life and such is not available to you and me?

Want to make America better: Make corporations pay all taxes and abolish the personal arm of the IRS.

In the meantime banning lobbyists, having a choice of more than two parties, enacting terms limits, and returning money creation powers to the United States Treasury would be good next steps.

Do it anyway, Biden.

“It is the duty of every patriot to protect his country from its government.”

Posted by hamburger at 8:51 AM

Add comment
Load more...
Newer Post Older Post Home
Subscribe to: Post Comments (Atom)
My name is Robert M. Hamburger, and this is my stand. A place where I share food for thought and humanitarian ideas from my perch, high up in the Rocky Mountains. I have lived off beaten path and away from much of the stimuli of Western civilization for the past 22 years. Every day I walk, hike, ride my bike or ski with my dog several miles into the wilderness from my door. Being on the outskirts of mainstream life has been one of the most rewarding choices I have ever made. Politically I am an outspoken, free-thinking, label-defying, green/libertarian, natural law, humanistic, frustrated revolutionary. Professionally I trade the gold and silver futures markets for both myself and clients as well as advise people in their lives and businesses ... and in particular for the need to own gold and/or silver.
"Our lives begin to end the day we become silent about things that matter."
--Martin Luther King, Jr.
Not on social media. Please write me at: hamburgersstand at gmail dot com.