An Open Letter to Edward Snowden 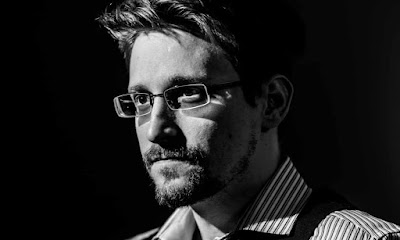 One night when on the Oregon coast a couple of years ago I ditched my hotel room and decided to sleep out on the beach. In my sleeping bag, a dog on either side of me, waves crashing on the shore below, a clear night, no moon and not a light in any direction I stared up at the stars and Milky Way for hours on end. Throughout the night satellites traveled across the night sky. Once I counted seven satellites at the same time.

At one point I thought of you and your disclosure to the American people - that our government is tracking us - and thanks to the cell phone in my pack there was a satellite out there that knew exactly where I was lying.

With 330 million of us in United States today it can debated whether mass surveillance is unnecessary, needed, right or wrong. However it can no longer be said that our government is “of the people, by the people, and for the people” when the government does not tell us what it is doing.

You have said that all you wanted was for the public to be able to have a say in how they are governed. Now, you are exiled in Russia.

Former NSA Director James Clapper lied to congress, specifically stating there was no mass collection of data. Now, not only is the man not behind bars he is on the air at CNN.

One day history will tell the story of a man who told his fellow humans what was being done to them - without their consent and contrary to their government’s statements. History will remember you well.

In the meantime I look forward to the day when you are welcomed home.

“During﻿ times of universal deceit, telling the truth becomes a revolutionary act.”


—George Orwell
Posted by hamburger at 8:53 AM
Newer Post Older Post Home
My name is Robert M. Hamburger, and this is my stand. A place where I share food for thought and humanitarian ideas from my perch, high up in the Rocky Mountains. I have lived off beaten path and away from much of the stimuli of Western civilization for the past 22 years. Every day I walk, hike, ride my bike or ski with my dog several miles into the wilderness from my door. Being on the outskirts of mainstream life has been one of the most rewarding choices I have ever made. Politically I am an outspoken, free-thinking, label-defying, green/libertarian, natural law, humanistic, frustrated revolutionary. Professionally I trade the gold and silver futures markets for both myself and clients as well as advise people in their lives and businesses ... and in particular for the need to own gold and/or silver.
"Our lives begin to end the day we become silent about things that matter."
--Martin Luther King, Jr.
Not on social media. Please write me at: hamburgersstand at gmail dot com.