An Open Letter to Greta Thunberg 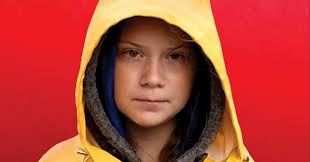 In 1969 and when in the fifth grade I first learned about smog. At the time it was phenomenon/problem in Los Angeles, and to a lesser extent in Denver. Now, you can see the brown haze when flying in or out of most any city in the world.

Last week I learned that the bird population in my town of 150 people at 8,800 feet in the Colorado mountains had declined by more than 80% in the past decade.

The environment is killing off species. One day it will not support our species in the way we have come to expect.

I need look no further than myself to know that each of us pollutes every day - my garbage goes down the road, my sewage goes some where else, my wood stove sends soot into the air, my car spews fumes every time I get behind the wheel. I deplete resources and do not replenish them. With 7.7 billion people on the planet - and all us doing much of the same - it is nonsensical to believe that the ecosystem is not already under enormous strain.

Those who naysay climate change have bought into corporate propaganda. And their eyes are closed.

We need to listen to the scientists. And you should be able to go back to school while we attend to the crisis that we created so that you have a future to look forward to.

You are a champion to rebuke current leadership.

"Let everyone sweep in front of his own door, and the whole world will be clean."
--Johann Wolfgang von Goethe
Posted by hamburger at 6:15 AM
Newer Post Older Post Home