An Open Letter To All Americans 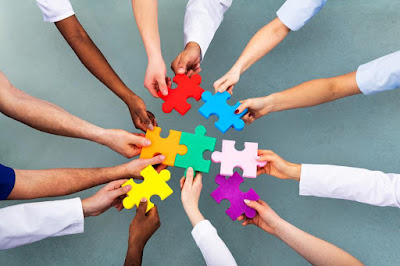 I don’t know many Trump supporters. I live in a small hippie town in the mountains of Colorado and there are not many here who support Donald. Pretty much all who I socialize with think it is a disgrace that we elected such an unscrupulous person to be our leader.

I do however have a cousin who is a gun-owning, Bible-believing man who thinks of Trump as nothing less than a superhero. My cousin and I agree that United States is seemingly way up the creek without a paddle … and that our government has become the government for the privileged few and that it is not working for the rest of us … and that our congress is owned by the corporations and that it criminally neglects us. However when I point out that the man in the oval office is psychologically incapable of telling the truth my cousin’s walls go up. To him Trump can do no wrong, He gives the man pass after pass after pass. It is a brainwashed blind loyalty.

Trump and the republicans have my cousin’s vote because he is NRA. However I fault the church for my cousin’s views. While his church tells him that he should aspire to be a morally sound human being the same church tells him to support a leader with such cruel and unconscionable character traits. Such a demented message has only further diminished my already dubious views of organized religion.

My cousin’s and my differing perspectives are telltale of how we are divided in America in 2019. History is rich with lessons about what happens to divided societies. Still and incredulously my cousin believes the red politicians would already be riding to the rescue if the blue agenda was not in the way.

To All Americans: Change is not coming from Washington, Blue or Red. The president is clueless when it comes to the concept of the greater good nor does he have a greater vision for us beyond his own narcissistic fantasies. Congress has been corrupted by money and is the grandest swamp of all. Congress will have to find the wisdom to admit that it has lost its way before it can begin to find its way. Creating better lives for ourselves is up to us - not them. Only when the people lead will the leaders follow.

To Democrats: Your party stands for nothing. The democrats are the former 1960/70 hippies and civil righters who understood that we are only as strong as our weakest link and that an ever-expanding, big-business driven society would come to overtake humans’ abilities to lead self-directed lives. Democratic ideals used to be on the right side of the track. The problem is that the democrats got entangled with welfare programs along the way for the sake of having a “majority.” The reason democrats stand for nothing is that while they still want to be the People’s party they are now better friends with the corporations than they are with you and me.

To Republicans: Your party’s interests do not have the interests of 99% of us even remotely at heart. The Republican Party is the party of the corporations and billionaires. The Reagan and Bush One years saw the republicans get into bed with the religious right and gun owners for the sake of creating their “majority.” Trump tax cuts have benefited the corporations and the rich and missed 100% of the rest of us. Republicanism is corrupt to the core. People like my cousin screw themselves every which way under the sun for the sake of voting for their guns or against abortions.

To Independents: Those of us who consider themselves free thinkers are on a  better track. One of the worst things that ever happened in American politics is that we ended up with only two political parties. It is a sham that a nation as diverse as ours has have only an either/or choice. The sooner we have a third, fourth and fifth party the better.

How will we find common ground?

The singularly most important thing will be learning to accept one another. This means not putting up walls … of any kind … anywhere… in any way. This may be pollyannish yet it is the reality. We are all in this by ourselves and we are all in this together.

How will we begin to unite our country?

It will require people to come to know the interconnectedness of all people - regardless of race, religion, political beliefs or where they crossed the border. Chief Seattle: “All things are connected like the blood which unites one family.”

It will require a new kind of patriot for the 2020s - not ones who fly the American flag out the window of their pickup trucks - yet ones who reject the flag for what it has come to stand for and who understand that it will mean taking the government on head on. Thomas Paine: “It is the duty of every patriot to protect his country from its government.”

It will require those who do not vote to vote. The untapped majority could all but start a revolution with their dormant power. Samuel Adams: “It does not require a majority to prevail, but rather an irate, tireless minority keen to set brush fires in people's minds…”

Banning lobbyists, having a choice of more than two parties, term limits, returning money creation powers to the United States Treasury, dismantling the taxation machine would be good next steps.

What about a movement where nobody supports an incumbent who has already served more than one term?

My vision for American society is one where people have learned a new level of willingness to take responsibility for themselves - and their surroundings. My hope is that new leaders come forth - ones who do not promise unity yet ones who demonstrate it. My wish is to see us, individually and collectively, become more value-oriented and more focused on the greater good of our society - with more caring and kindness.

Healing the blue/red divide will not happen overnight. I wonder if it is even possible. There are no simple, fix-all answers. Answers will only come one at a time and in as many ways as there are people.

Where do I start?

My name is Robert Hamburger, and this is my stand. A place where I share food for thought - free-thinking, label-defying and humanitarian ideas from my perch, high up in the Rocky Mountains.
I have lived off beaten path and away from much of the stimuli of Western civilization for the past 20 years. Now, in the mountains of Colorado and in the shadow of the Continental Divide, I own a sweetly renovated log cabin that was originally built in 1890. Every day I walk, hike, ride, run or ski my dogs several miles into the wilderness from my door. I heat with wood. At night and when done with chores I live by candlelight. Being on the outskirts of mainstream life has been one of the most rewarding choices I have ever made.
I trade gold futures, am a business advisor and run the cash register at my local food co-op two afternoons each week.
Please use the contact form to get in touch with me.

"Our lives begin to end the day we become silent about things that matter."
--Martin Luther King, Jr.